Diana Cannon-Ragsdale was born into a Mormon dynasty. Her father Ted Cannon was a local celebrity in Salt Lake City, and her family’s ancestors were contemporaries of Brigham Young—and they had many dark secrets to keep.

Growing up at the mercy of her mother’s depression and father’s undiagnosed schizophrenia, Diana and her five siblings were left to fend for themselves as their mom and dad rotated in and out of psychiatric hospitals and police custody.

Finally, in 1966, Diana’s mother left her family and the Mormon Church to start a new relationship with a woman, sending Diana’s father into a tailspin.

In Loose Cannons, Diana traces her rebellious 1970s girlhood—amidst her father’s multiple suicide attempts and remarriage to her mother’s sister. As she and her siblings barreled into adulthoods they weren’t ready for, they tried to rely on each other while reproducing broken relationships of their own.

Eventually, after several divorces and while raising three children of her own, Diana reconnected with her estranged mother and inherited a lifetime’s worth of her journals. After decades spent searching for answers, her mother’s writing about swingers’ parties, sexual abuse, ancient wounds and broken attempts at happiness reframed everything Diana thought she knew about her family and herself. 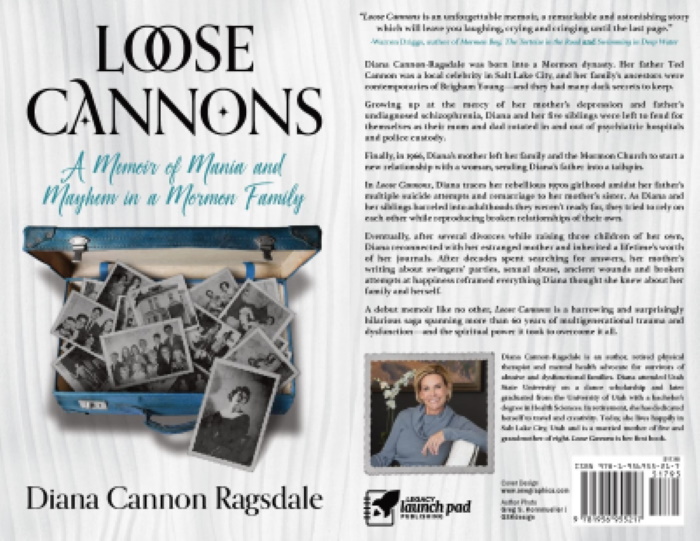 A debut memoir like no other, Loose Cannons is a harrowing and hilarious saga spanning more than 60 years of multigenerational trauma and dysfunction—and the spiritual power it took to overcome it all.

8 Amazing Things To Do When You’re In Naples, Italy

The Legend of Ranger, the Reindeer Who Couldn’t Fly

Learn Gardening, Science and More with “A Family Guide to Terrariums for Kids”